Nintendo Switch vs PS4: Which Console Is Best For You?

In this article, we’ll compare Nintendo Switch vs PS4 and see how they stack up against each other so you can choose the right game console for you.

Features of Nintendo Switch vs PS4 Specifications of the Nintendo Switch vs PS4

Note: The specs listed below are for PlayStation 4 Slim. Its internal specs are the same with PlayStation 4, but it has a sleeker design.

Nintendo Switch vs PS4: Advantages Over Each Other

TFLOP Definition: A TFLOP, or teraflop, is a measure of computing speed expressed as 1 trillion floating point operations per second.

AAA Video Game Definition: Triple-A (AAA) video games are from mid-sized or large gaming studios, which produce and distribute them. These types of video games typically have higher budgets for development and marketing.

Comparing Nintendo Switch vs PS4, you will see that each has its own appeal depending on what kind of gamer you are.

Nintendo Switch is a portable game console. If you are a fan of both home consoles and portable gaming, you’ll get the best of both worlds with it.

You should also know that Switch’s online system is not as advanced as its competition. It doesn’t allow voice chat among players without the assistance of a phone app and external headset.

You may consider Switch if you don’t have much space for your entertainment system. You can dock it so you can play on your TV and it still won’t take as much space.

When you’re out and about, you won’t have to worry because you can easily take Switch with you. It’s basically a tablet with gaming controllers, so it’s very portable.

If you want to stick to the traditional home console, the PS4 won’t disappoint you. It offers an impressive and strong lineup of both exclusives and multi-platform games.

PS4 is more ideal if you’re into online gaming, as it has a dedicated online service for multiplayer experiences. It also has great social features, including a huge player community you can interact with. For some people, a console’s game library is the deal-breaker. Here are the games you can enjoy on Nintendo Switch and PlayStation 4:

Other Available Games for Nintendo Switch:

Inclusions: What’s in the Box

Check out these reviews that can help you decide between the Nintendo Switch and the PS4: Watch graphics comparison of Nintendo Switch vs PS4 in this video from ElAnalistaDeBits:

Reviewing and comparing Nintendo Switch and PS4 against each other can certainly help you make an informed decision. Ultimately, the best console will depend on your needs and preferences as a gamer.

What features do you look for in a gaming console? Let us know in the comments section below. 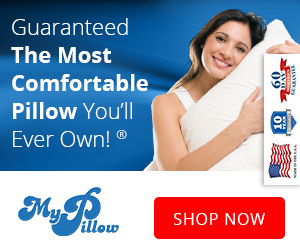